When is the tatting coming back?

Good question! Since I moved to the South my life has been "crazy y'all"!

I might have mentioned all the chickens and maybe even the total demo and construction of our farm house kitchen? With that, a four year old, a nut ball husband, and our weekly catastrophes' in one form or another, I have not had a whole lot of time to tat.

The first few months were rather depressing as I was trying to adjust to southern ways. The physical move was a nightmare, I was trying to unpack and live in a run down house with no storage and nearly everything broken; the house and our belongings.

Anyhow, there wasn't a lot of room for anything fun.

I was also suffering pretty bad with carpel tunnel.

After nearly going crazy a few months in, I just HAD to do something creative. My pottery studio isn't anywhere near set up so what could I do?

Well, with a friend's prompting I sat down and started watercoloring; the last painting frontier I had yet to explore. I took to it like a duck to water...literally!

It has been such a balm for my soul during these rougher days. It is less taxing on my wrists and I see results pretty quickly. 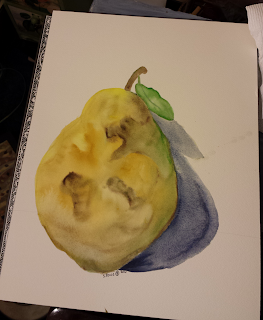 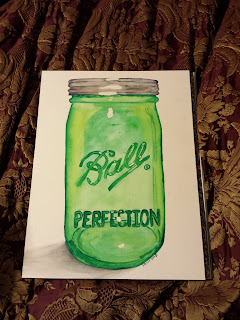 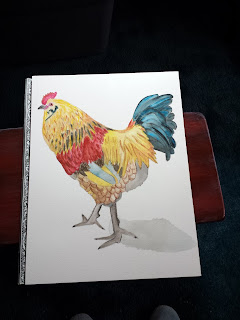 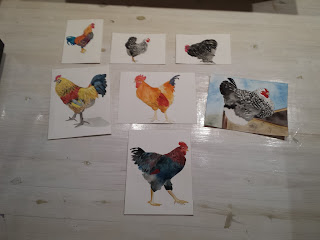 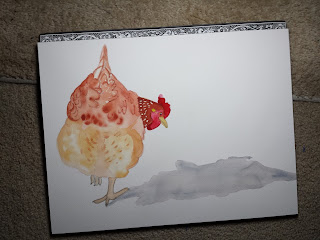 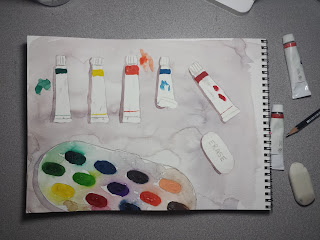 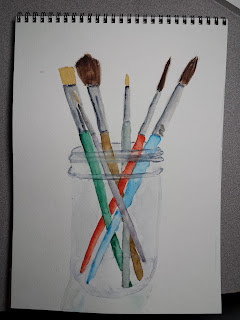 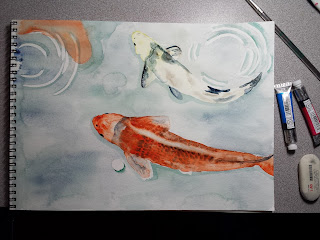 These are an example of some of my earlier work this year. The bulk of which is my goofy chickens.

I was having too much fun! Anyhow, what does this have to do with tatting?

Well, by signing up for Palmettos, accepting a commissioned piece of tatting, and finally getting Internet, I have been given plenty of incentive to start tatting.

This might very well be the craziest, busiest time of my life yet, so again, I humbly ask for your patience, you will soon see tatting from me again.
Posted by LadyShuttleMaker aka MadMadPotter at 11:50 AM

I'm more concerned about your regaining your health! Tatting can wait! I was exhausted just reading your posts about the move and all you have been through.
I would not have been able to handle all that stress!

Your stories about the Korean gals were so amazing! I had wondered what had happened after you left. Congrats on getting tatting started in South Korea!
You might be interested in checking out this amazing software 'tatting design tool' created by a new Korean tatter and her husband. It is totally awesome, even though only in preliminary stages! Tatting is growing so fast there, I don't know if she is aware how it got started!

Your watercolors are wonderful! I would never know you are a beginner! So much talent!

I'm glad you've been able to find a creative outlet in your painting. I'm looking forward to seeing some of your lovely tatting again!

There will be time to tat! In the meantime you're learning other skills and getting through life, well done to you.

Well, if nothing else works out, you can always have a career as a chicken portrait painter. :) I'm not sure how well that pays, though...

I'm looking forward to seeing more tatting from you. Does the pottery affect your carpal tunnel too?

Thank you friends!
Kathy, I will definitely check out that link.

Love the painting and can wait for the tatting. :)

Your paintings look beautiful, look forward to seeing some tatting if and when you have time, health comes before tatting
Margaret

With such beautiful water colour paintings, tatting pics can wait :-)
Creativity always outs - in whatever shape, form, medium !
Thanks for sharing your journey ....

I want one of your chicken watercolors. Really I do! Seriously. Let me know.....

Thanks Crazy Mom!
I had a lot of requests for my chicken paintings, so I got some professional prints made up and sold only one and consequently lost money. I do have an Etsy page set up for the paintings but haven't attended it do to lack of interest? If you let me know which you like I can see if it is one I made a print of.

Thank you for the 3D barrette pattern. I'll be making them for charity sales.. an annual affair for the environment. 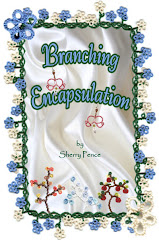 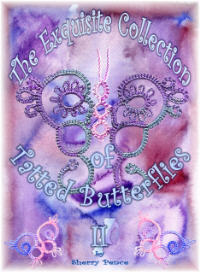 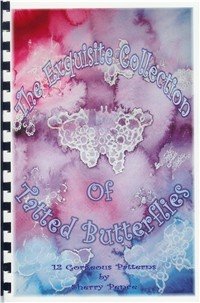 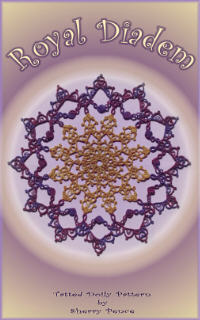